Our proposals for Whitechapel Road involve five sites, located to the west of the Royal London Hospital, the majority of which are vacant or no longer fit-for-purpose.

Whitechapel South is allocated for employment-led redevelopment in the London Borough of Tower Hamlets’ Local Plan. The Council’s vision is to create a world-class life science research hub in this location. Some of the plots are in the London Hospital Conservation Area.

This area of Whitechapel is undergoing significant regeneration; the new Royal London Hospital opened in 2012 and the former hospital site is being brought back to life by London Borough of Tower Hamlets with its new town hall and civic centre. The new Whitechapel Crossrail station will form an important public transport interchange for both the Underground and London Overground and will expand the reach of Whitechapel as an employment destination. 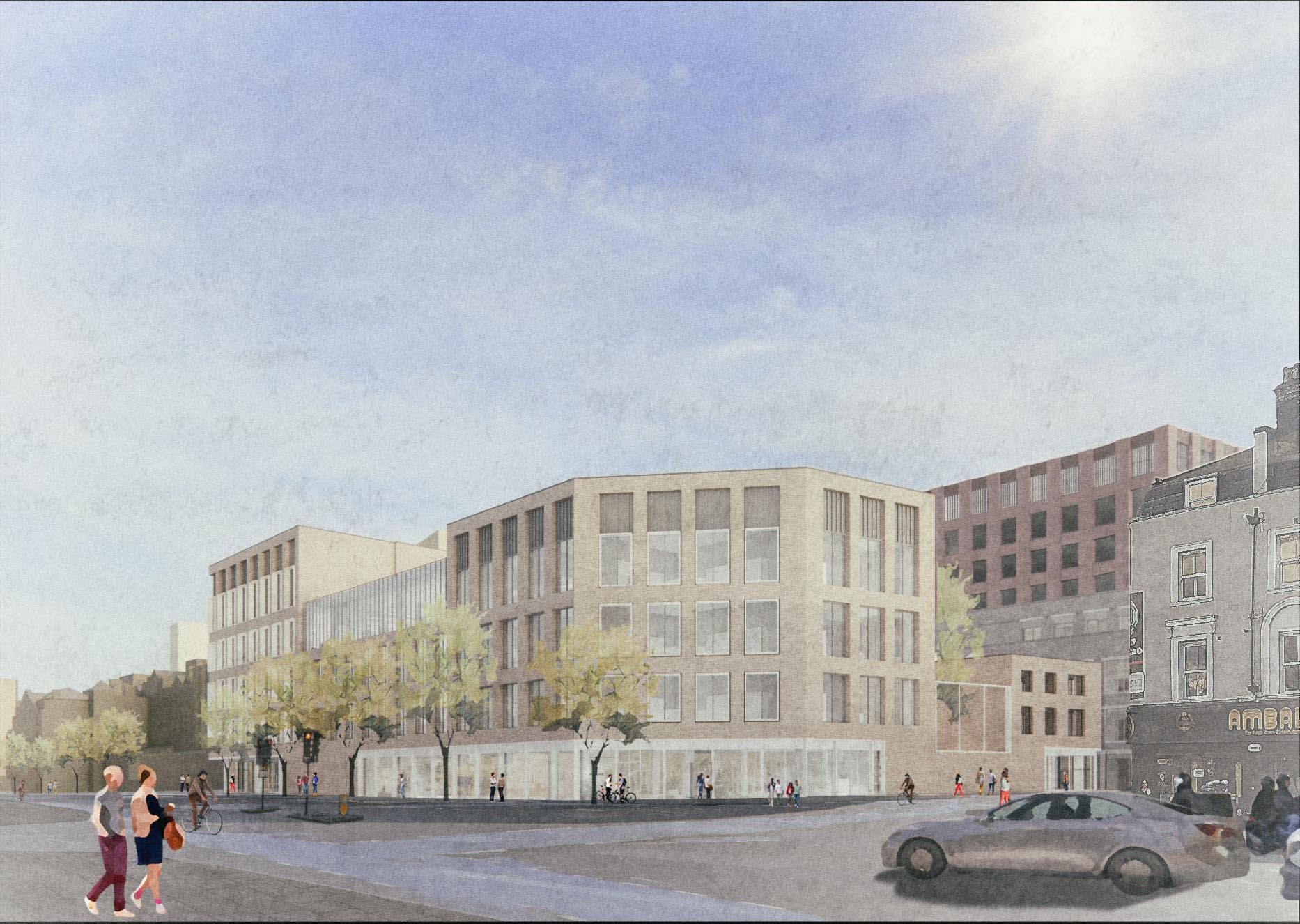 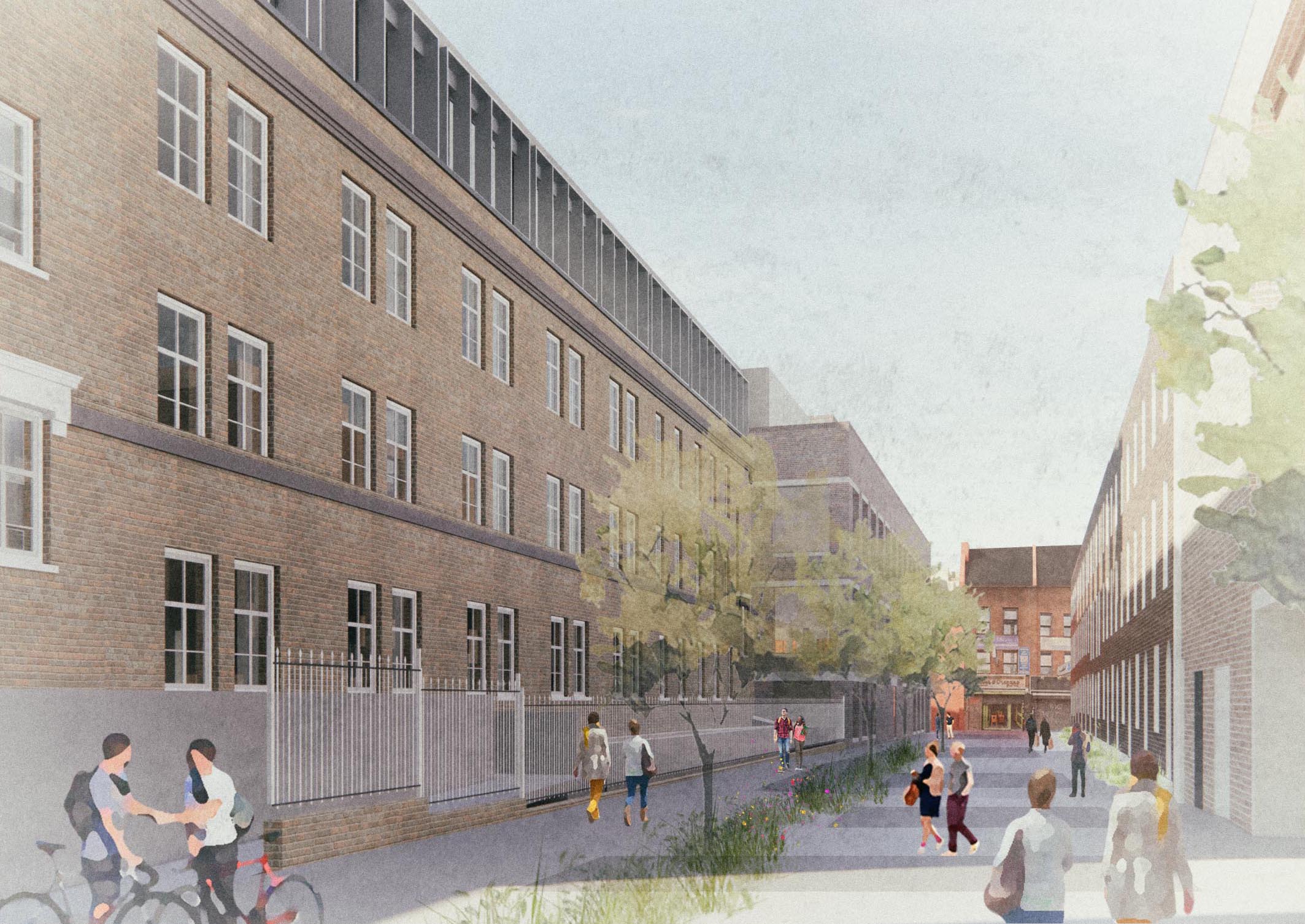 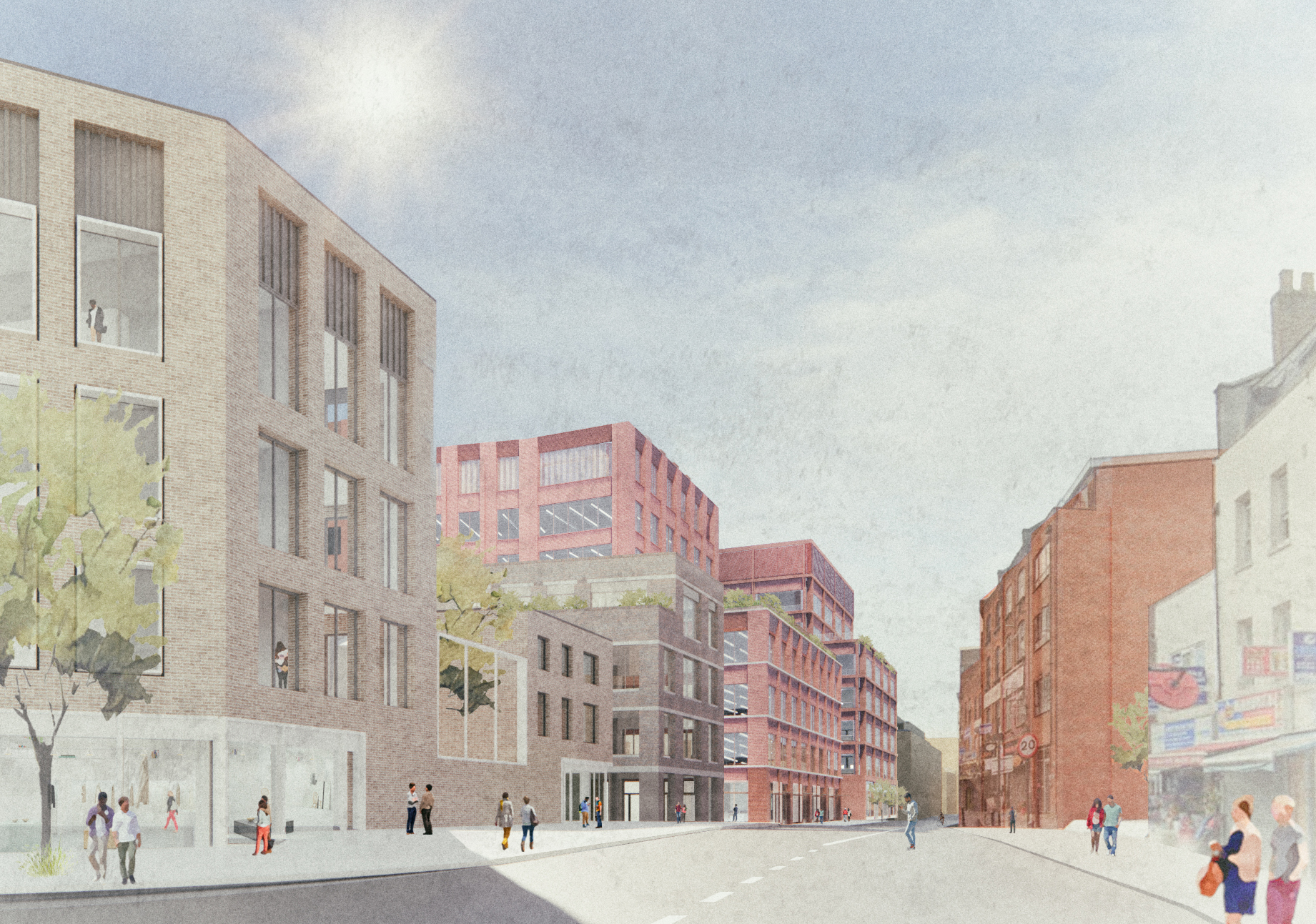 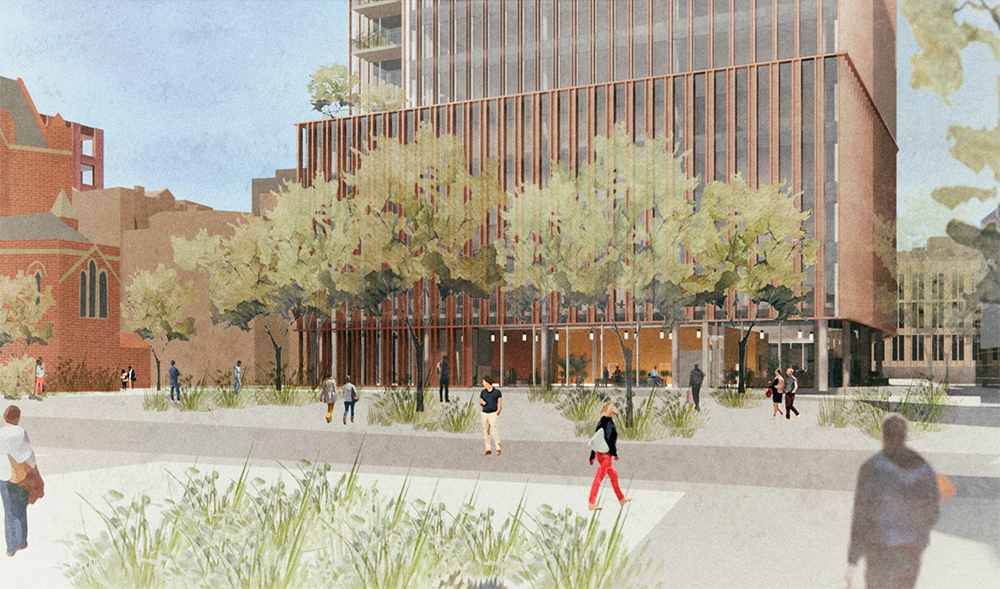 Where we are proposing buildings, our approach is to use as much of each site as possible to use the space efficiently and help to reduce the height of the buildings. Our designs take into account neighbouring buildings by setting back the upper storeys of each building and responding to the scale, materials and tones of the local area.

Our designs for the buildings incorporate cafes and community spaces in the ground floors of the proposed buildings, with the aspiration to breathe new life into the area and improve the setting of the neighbouring listed buildings. 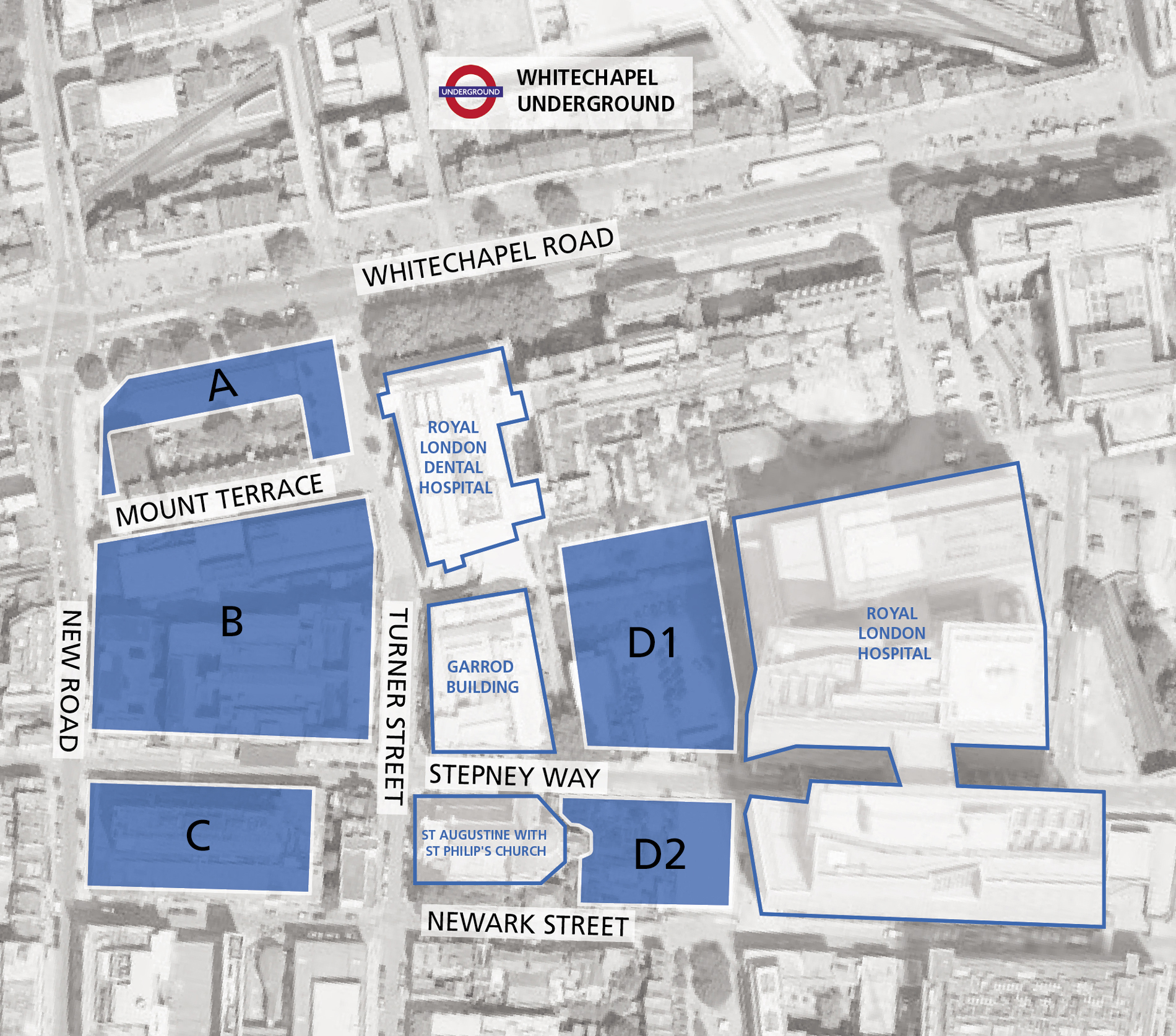 The five sites are highlighted above in blue, with neighbouring buildings outlined.

Plot A (between Whitechapel Road and Mount Terrace)

Plot B1 and B2 (The Ambrose King building) 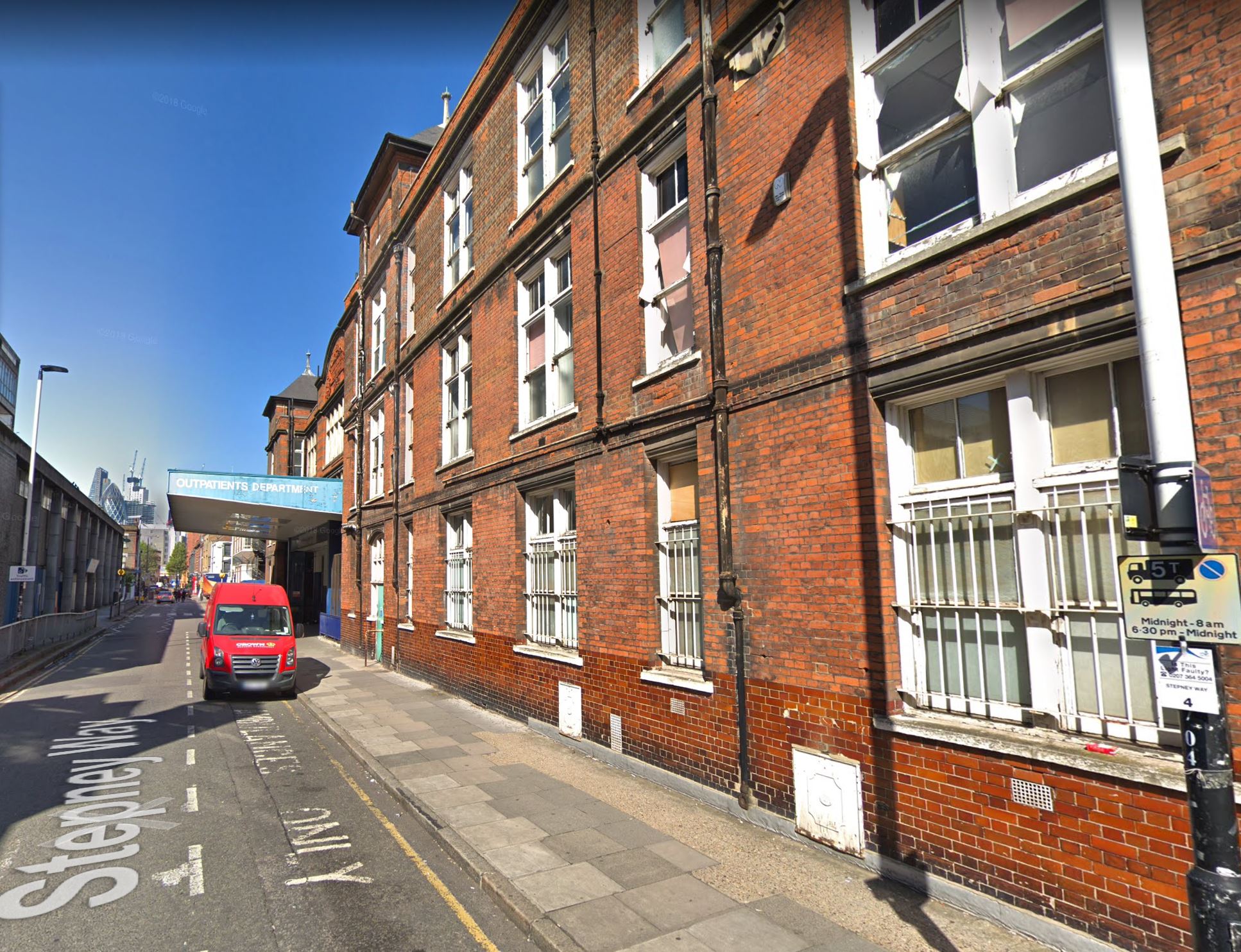 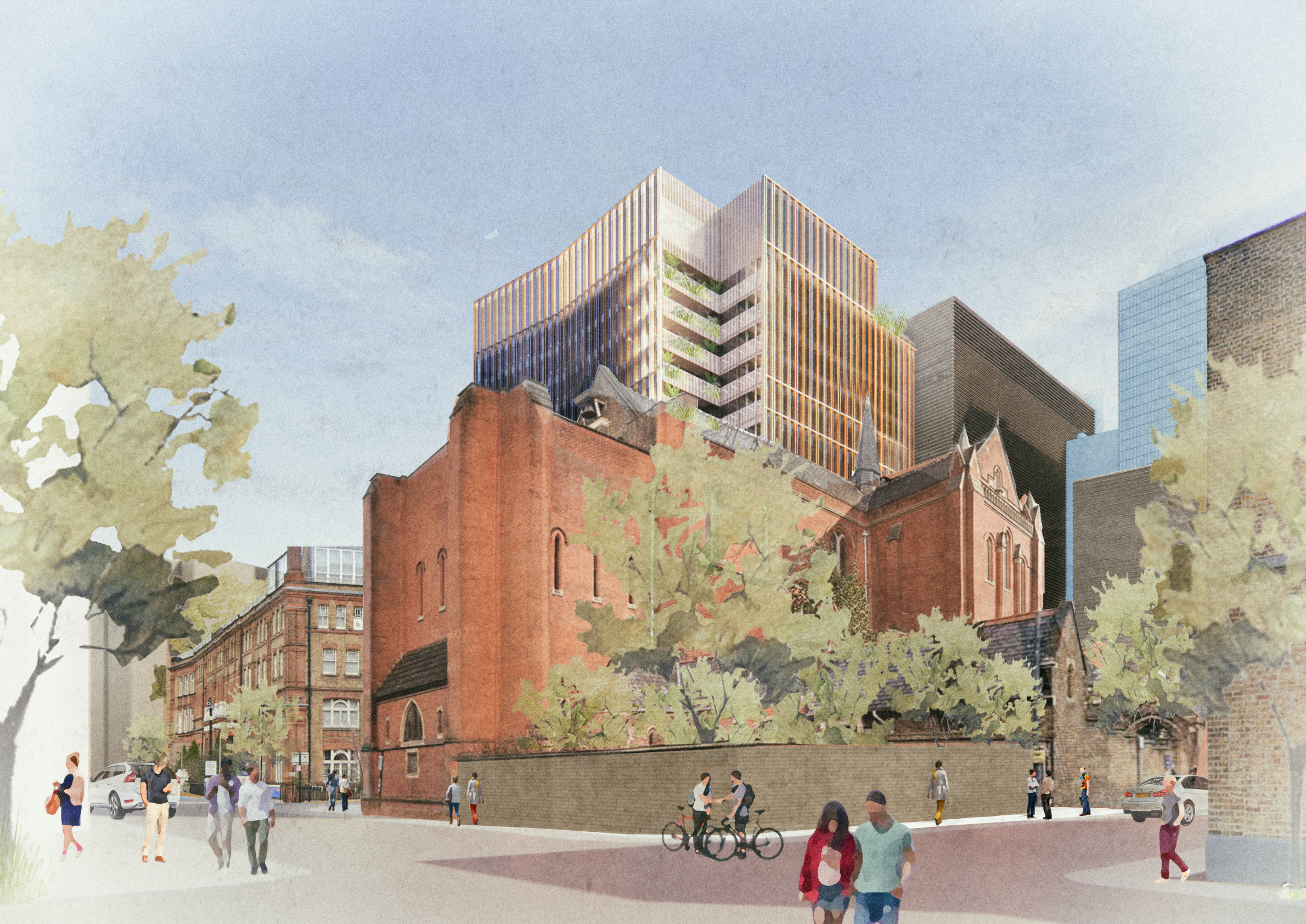